Top ten songs of the year, alphabetically by artist:

For reference, these are also known as catadioptric or reflex lenses, but catadioptric is hard to spell and good luck googling for a reflex lens. A bit of research shows that mirror lenses were once reasonably popular, with most lens companies making a few examples. Over time the popularity faded, only a few companies kept offering them, and now it's rare to even hear about them.

The specific lens I bought was a bargain-brand model that sells for about $100, which is incredibly low compared to a name-brand refracting 500mm lens. And for good reason, it is incredibly difficult to use.

Just from the focal length and aperture, you know you're in for trouble. A 500mm lens on a D40 is equivalent to 750mm, which comes out to a horizontal angle of view of about 2.75°. Just finding the thing you want to take a picture of when you can only see 2.75° through the viewfinder at a time can become a problem. I took pictures of the moon with it and the only way I could find it in all of the blackness of space is because of the perpetual haze around here that made a light gradient in the night sky pointing me in the right direction.

With an aperture of f/8, it is a very slow lens (for example, Nikon only guarantees their autofocus system to work down to f/5.6), and with an equivalent focal length of 750mm, your shutter needs to move pretty fast when you're hand-held (rule of thumb is 1/750 seconds, but most people can manage a bit slower shutter). This means that you need a lot of light to get any reasonable pictures. You'll get problems with anything less than direct sunlight.

One thing about mirror lenses is that they have no aperture control. Considering this lens starts out at f/8, you probably won't need to worry too much about stepping down (although it comes with some neutral density filters for that purpose), but 500mm f/8 works out to an opening of 62.5mm, which gives you a vary narrow depth of field, so anything even slightly outside of the focus plane will get blurry. And since the secondary mirror is right in the middle of the aperture, you'll get a donut effect in the out of focus areas, which some people like and some people don't.

And, since this is a total cheapskate lens, it won't autofocus (and don't expect any of the focus markings to be right, either), and there's no image stabilization (if you own a Sony, you can get a mirror lens with autofocus and stabilization, but that's going to cost you 7x as much). In fact, this lens won't even meter on my D40 (or nearly any Nikon DSLR for less than $2k). No metering means a lot of trial and error (I had about 4 shots for every decent one, and then I still needed to mess with the levels afterwards).

Lucky for me nowadays you can buy programmable focus confirmation chips from shady people on ebay for only about a third of the price of the lens, so a bit of superglue later I can meter and only end up throwing away about half of the pictures. Plus the exif data is mostly valid.

So, with all those problems, why would anybody buy one? Well, first off, it is very cheap. Buying a 500mm from Nikon, or even a shorter lens an a teleconverter, will put you back over a thousand dollars. Plus, it's light (less than a pound), and rather small (about 5" long and 3" diamater). You can carry it in your camera bag or jacket pocket pretty easily. Even if you had a big fancy 500mm lens, you're only going to carry something that big and heavy when you are sure you are going to use it.

So, should you buy this lens? Well as with any lens purchase that is up to you. If you really need 500mm, then you probably shouldn't buy this lens, because you'd be better off getting one of the more expensive lenses, because they're much easier to use. If you want to play around with really long focal lengths, I'd say it's a reasonable deal. It's more of a toy than a serious lens, but it will get you photos you'd never get any other way.

I've mentioned this a few other places, but for anyone who hasn't yet, you might want to take a look at this Turing machine.

It turns out that my local supermarket sells canned spaghetti. (Note that "spaghetti" was not followed by "sauce" or even "noodles" in that sentence.)

It's in the ethnic food aisle, right next to the treacle and spotted dick.

So, The Current is doing their yearly top 89, so I thought I'd share my picks, in approimate order:

Neko Case - This Tornado Loves You
Easily my favorite of the year. There are some other songs on this album that might have made this list, but I'm limiting myself to one song per album

Edward Sharpe and the Magnetic Zeros - Home
This song will probably get old, but right now it's a fun, sweet song.

Florence and the Machine - Kiss with a Fist
Apparently this song is not about domestic violence, although it is hard to tell.

Lily Allen - The Fear
Kind of hard to decide which one off of this album to go with. There are several good songs on this album, and rather different than her first album, but they're both pretty good.

Metric - Gimmie Sympathy
Metric puts out a lot of good songs, and this is one of them.

Cage the Elephant - Ain't No Rest for the Wicked
There are two types of groups that could have made this song. From the video, it seems that Cage the Elephant is of the lamer type. Still, quite enjoyable.

Swell Season - The Rain
I'm running out of comments, but still, nice song.

Matt and Kim - Daylight
It's such a happy song, and when you look at the video, they're such happy people.

Amadou and Mariam - Sabali
No idea what they are saying, but it sure sounds beautiful.

This is mostly a note to my dad, but the rest of you can play along:

Have you seen Home Inspection Nightmares And if so, have you seen it lately? They're up to 19 sets now.

So, I was playing around with my new Atom system, and it seemed like modern CPUs have a lot of flags in cpuinfo. For example, the aforementioned Atom system:

The most flags of any of my machines is my core 2 duo laptop (beating my core 2 extreme desktop by 1):

One of the guys on IRC had 55 on a Core 2 Duo P8600. Can any of you beat that? Presumably a Nehalem would be able to beat it, but nobody had one handy when we were checking. 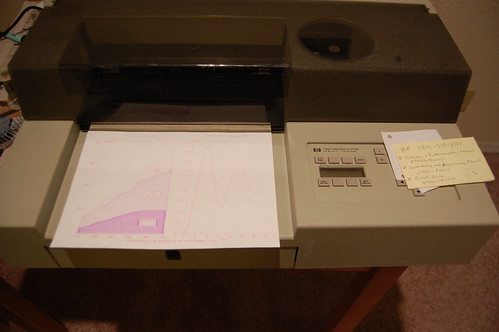 You can all start being jealous now.

Nationally touring acts that I have seen live with accordion:
Weird Al
They Might Be Giants (x2)
Flogging Molly (x2)
The Hold Steady

Nationally touring acts that I have seen live without accordion:
Moby

I'm not exactly sure how that happened.
Collapse